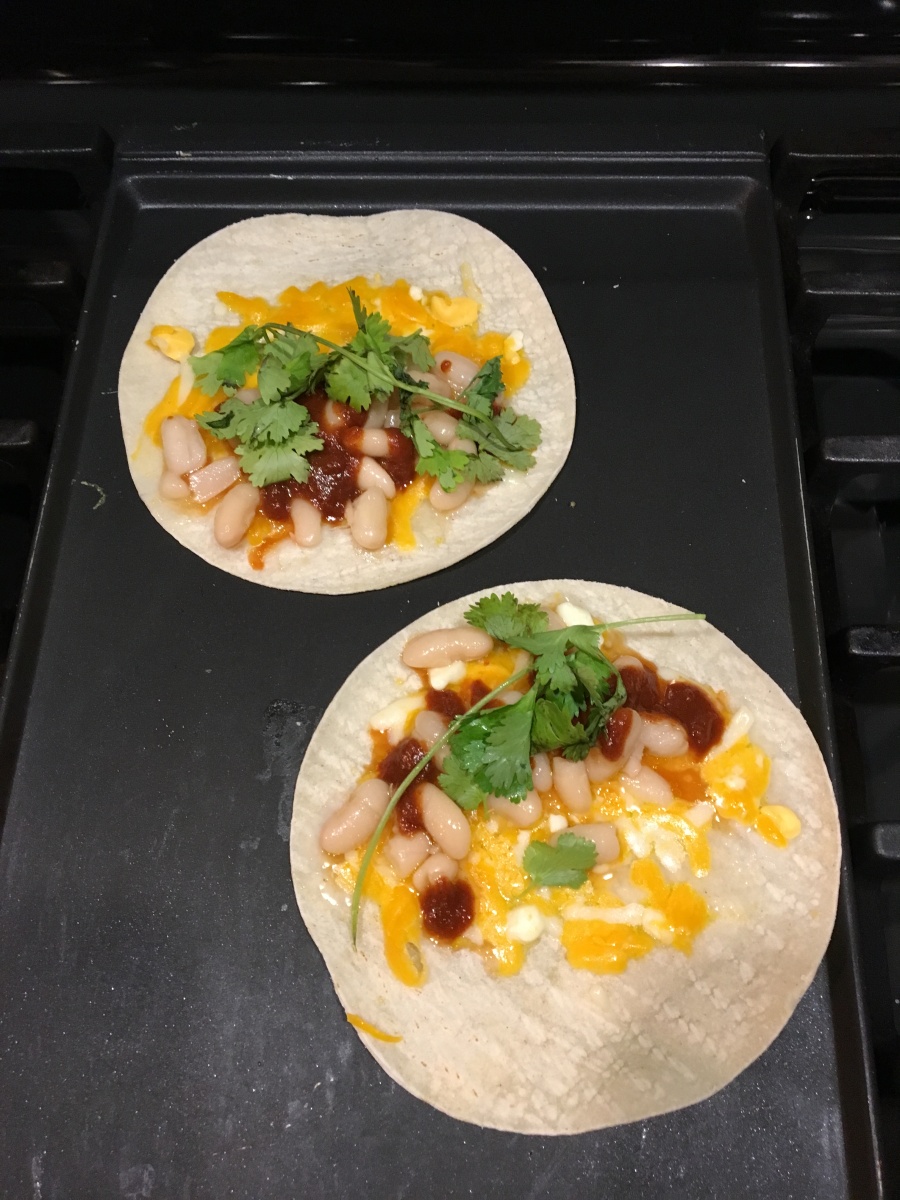 The vicissitudes of life are many and are unpredictable. But one constant is that Tuesday is Taco Tuesday. Unless it’s Taco Tuesday on a Wednesday, which happens. And for Hanukkah, I even got metal taco holders, thanks to one LL.  This party is going to be off the hook, to quote Arrested Development.

If we’re honest, no one is sorry that Hanukkah is over because the work involved is not proportional to its spiritual import. I’m busy tapering off of dexamethasone, so I may have been up in the early hours gloating over my Hanukkah haul of chocolate, metal taco holders, a new Canadian wallet, twee movies, a fashion memoir, a Happy Lite.

The kids are now past the toy stage, and I’m pretty sure that all they want for the holidays is a fluffy hoodie and all the books that they can read. The fluffy hoodie is the big item this holiday season, it seems.

I also got organic cotton pjs for both kids and accessories, with an owl and narwhals, respectively. The Prophet got Star Wars underwear so that I don’t feel like I have to wash the same pair over and over. A few months ago I was like, “I like the tie-fighters on your underwear,” and he said, “Those aren’t tie-fighters. They’re x-wings and Millennium Falcons, Mommy.”  I guess he told me. Obviously, I have fully embraced my status as the annoying/awkward mom who bothers you while you are getting dressed.

In important family news, we have started Frankenstein. Much as it is a brilliant novel, Mary Shelley had a vision that she then subjected to the byzantine requirements of Victorian fiction. So we’re reading, like, letters-within-letters, in order to get to the bottom of the hubris of modern science.

This weekend I broke up with my Instant Pot. That was the worst thing that happened.

It was a Saturday like any other. I got up early, made breakfast, and went to the market. I made a lovely breakfast for myself and The Prophet of corn tortillas, sharp cheddar, cannellini beans, cilantro, and salsa, which might be much better than it sounds.

(A little digression: cannellini beans are THE BEST. They are creamy and flavorful, and you can add them to anything.)

When I got back from the market I put chicken wings in the Instant Pot Mini to make bone broth. A few minutes later I heard a “woosh” from the kitchen, and that was the sound of the Instant Pot overloading the fuse and then releasing all of its pressure and my broth in a hurry. Annoyed, I wiped everything up with a mop, refilled the pot with water and apple cider vinegar, unplugged it, and plugged it back in again.

Then it happened again!

The fuse, the pressure release, all the liquid everywhere. I went downstairs and got all the rags I could find, wiped and mopped, put the broth ingredients on a pot on the stove, and swore to myself over and over. The Historian then mopped and wiped down the inside of nearby kitchen drawers because they had broth in them.

The Instant Pot is about a year old, and I like it so much that I have given it as a gift. But no more. Annoyed as The Historian was to find the kitchen covered in chicken broth, he did not want me to have to give up a beloved appliance, but there is nothing that thing can do that a pot won’t do. It seems like nothing lasts much more than a year these days. Consider yourself warned.

So my brain is still a bit fuzzy. I can read for short periods of time, but I have been listening to a lot of podcasts. Here are my podcast recommendations: